BooksInNeed, and this dark thriller has me on the edge of my seat, and wanting to read the second one.

The Unbecoming of Mara Dyer by Michelle Hodkin

This book has that mix of darkness and romance that I was hooked on by the first page. This book is a mystery, thriller, part horror, but all together is one of the best books ever! I honestly couldn’t put it down, and I’m dying (ha-ha) to read the next book. Mara Dyer never knew why life went the way it did. Sure, people die. People you love. People you hate. Though you always blame it on yourself. This goes double for Mara, because in the accident that killed her boyfriend, his sister, and her best friend, she was left to survive. The strange thing is that she can’t remember why. Waking up in a hospital was her last memory, but she knows something important happened that let her survive With guilt heavy on her shoulders, she moves to Mimi, Florida to get away from everything Rachel left behind. Only that it follows her there. Now having hallucinations of her dead friend and boyfriend, she meets the mysterious Noah “Shaw”, who is attracted to her in a way only he can explain. Only that one day, when she wishes for a abusive dog owner to die, a few minutes after, he does.  Also with her dad taking the Palmer case, where a girl is found dead and there were no witnesses except for a unreliable source. Perfect. With her life spinning out of control, there’s nothing else to do than solve the murder, but with a little romance on the way, everything can get a little more complicated… 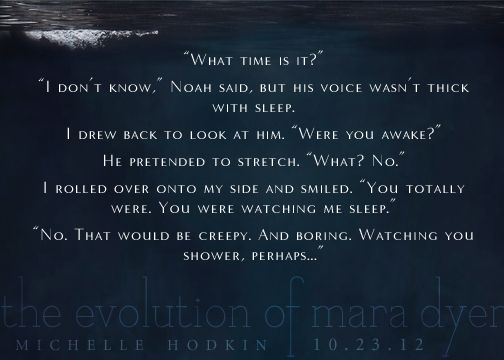 Thank you, Michelle Hodkin, for this amazing novel that had horror, romance, and that little bit of humor that made it an amazing book.

3 thoughts on “The Unbecoming of Mara Dyer”