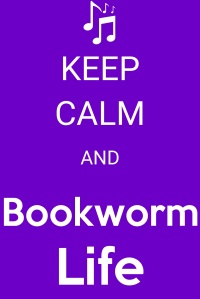 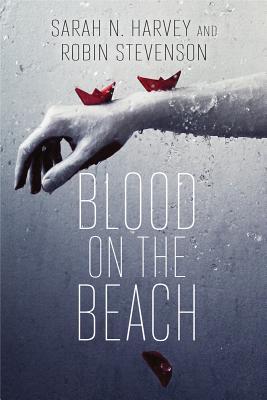 BooksInNeed, and this is a murder book to kill for (get it?).

Blood on the Beach by Sarah N. Harvey and Robin Stevenson

Honestly, I didn’t know what to expect when I first picked up this book. A few people were reading it, so I thought, why not? As it turns out, Blood on the beach was amazing. This book takes place on a remote island,  where there is a week of a treatment for ‘troubled teens’ who can either be sent there by their parents, or could choose from going to jail for a week. The choice is obvious. INTRO stands for In Nature to Renew Ourselves, but according to Alice, it stands for either Idiotic Nasty Terrible Ridiculous Organization, Island Nonconformists Tortured Really Often, and (the best) I Need To Revolt. Obviously. But when Alice’s mother finds out that she drank four bottles of beer at a party, she gets sent to INTRO to ‘renew herself’, and the last thing she expects is to meet Imogen, who is smart and funny behind all the piercings. Caleb was there for a different reason. After assaulting his abusive step-father when he hit Caleb’s mother, she has to stop Caleb from killing Robbie (the step-father) and sends him to INTRO. When Alice and Caleb meet on the boat, the Navigator, they have wrong assumptions of each other, and that’s the end of that. Only that it isn’t. Then on the second day a girl goes after she tells everybody how her boyfriend was cheating on her, then when she confronted him, he jumped in front of a train and killed himself. The next morning she was missing. When all of the other teens and staff (one physiologist (Claire), a social-worker (Rahim), and a ex-cop (Warren) learn about this , a search was set on. The only thing they find though is that a kayak was missing. But the girl was terrified of water. This only gets them farther from the truth, but when Alice sets out to search and finds that a log was covered in blood, she knew that the girl was murdered. Now with the radio smashed, and no way to get off the island, a murderer is among them, and you can be next……..

Thank you, Sarah N. Harvey and Robin Stevenson, for this book that had me until the last page, and gave me a nice change of romance to fiction.

3 thoughts on “Blood on the Beach”