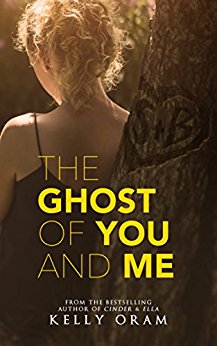 BooksInNeed, and this book was one of the best and saddest books I’ve ever seen.

The Ghost of You and Me by Kelly Oram

I’m writing this review, literally, right after I finished the book. I was just reading it when I had the brilliant idea to write a book review of it. After the unfortunate death of her boyfriend, Spencer, Bailey has been distant for almost a year in the guilt that it was her fault that he died and Spencer’s best friend, Wes, couldn’t be much better. After disappearing from everyone, they got back to their lives. Not Bailey. Still mourning the death of her once love, she sees Wes is back, and that only means more pain for her. It doesn’t help when she starts seeing the ghost of Spencer, who wants Bailey to help Wes get through his life, and for her to move on, and to let go of him. After being offered an internship at a hospital for her service hours, she accepts because of Spencer, and so does Wes, who was also offered a position at the hospital. While trying to fix what broke both her and Wes, could Bailey still have a chance at mending her heart? Or did Spencer take it with her to the afterlife?

I was running from my past. Running from myself. Those are two things I would never escape, but I run anyway.

-Kelly Oram, The Ghost of You and Me

Thank you, Kelly Oram for this novel that had me loving the whole thing from beginning to the happily ever after end.